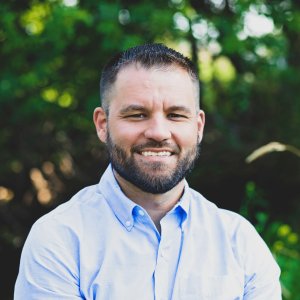 Kids Don’t Need Us to Be Perfect

Last year I decided to take my oldest daughter skiing; I had been a few times early in my life but not much as an adult, but living in Wisconsin, it had been on my mind for a while to pick it up again.

I remember procrastinating the decision to schedule it and put a date on the calendar. Life felt hectic and overwhelming, and I was still getting my sea legs on trying to balance being an entrepreneur family man. But I got it on the calendar for the end of February; I thought to myself what could go wrong? It is still winter.

Well, that year, the snow really started to melt fast the week we had planned ongoing, and I was like, great, my overthinking the problem got me again, and now it’s going to mess up our trip.

The day of our trip came, and checking the ski reports, it looked like everything was still open even though we were about to Ski in 45-degree weather.

I hadn’t considered or put much thought into how much snow they add to the runs through the winter. There was easily 20″ of snow still on the hills.

I thought this could be heaven, or this could be hell, a phrase my friend Vincent Pugliese often uses to describe his road trips. Thoughts that went through my mind were what business did I have trying to teach my daughter to Ski, she was eight at the time and I 36.

It comes time to ride up the magic carpet and do our first run at the beginner hill. We were both hanging on for dear life.

It doesn’t help that I was surrounded by Ski instructors assisting kids as young as three how to learn to Ski.

I was like, dam; I should have paid for an instructor; it would remove the fear from the problem and help her confidence in learning it for the first time.

But I didn’t, and here goes my first attempt at being a Dad and teaching someone to Ski when I barely know how myself.

We made it down the hill, and we survived.

We repeated this throughout the day and even dared to try one of the bigger hills. My daughter was doing great with it, even though I am losing my mind trying to keep myself from going into a tree and keep my daughter going downhill.

You also have to visualize that you are surrounded by kids who are 4 and 5 doing jumps and skiing like they have been doing since they could walk.

It made me realize how unhealthy the relationship with fear I had growing up and still had as an adult.

A simple analogy is that when you get the skis moving, they keep moving, and it’s up to you to keep going. Unfortunately, life is often just like the skis, we don’t learn to trust them, and we try to slow them down even though, as I would learn that if you trust them, they get you to the bottom.   My daughter didn’t know any different; she had no experience or reason not to trust them.

I finished out the day and were left with a significant feeling of, wow, life really can be learned on the ski hill.

But what hit me hard after this day was as we were sitting around a fire after turning our gear in, and I asked my daughter what the best part of the day was.

That you taught me, Dad, and that you didn’t hire an instructor.

It magnified a feeling that kids don’t care that we know everything or have all the answers; they just want to be led. They want to be led by a father and create a relationship with them.

It also gave me the courage and willingness to try more, be ok with failure, and not know how to get started. It reminded me of some advice I received a few years ago. Suspend the need to know-how.

Kids just want us to show up and be Dad. It may feel like we are in an impossible situation with not knowing the answers, but we need to remember that if we are not growing, they won’t learn how to do it themselves.

To say this change was overnight in my thinking would not be true, it started over four years prior and it didn’t happen on my own.

I had to let go of the lone wolf mindset and learn to say “I am not ok” and “I need help.”

If you are ready to step through the fear, trust the skis, relearn to trust yourself, let’s talk.

PrevPreviousAre You Home Yet?
NextGuns may get all the attention, but words will do more damage.Next
Free Design Your Legacy Session